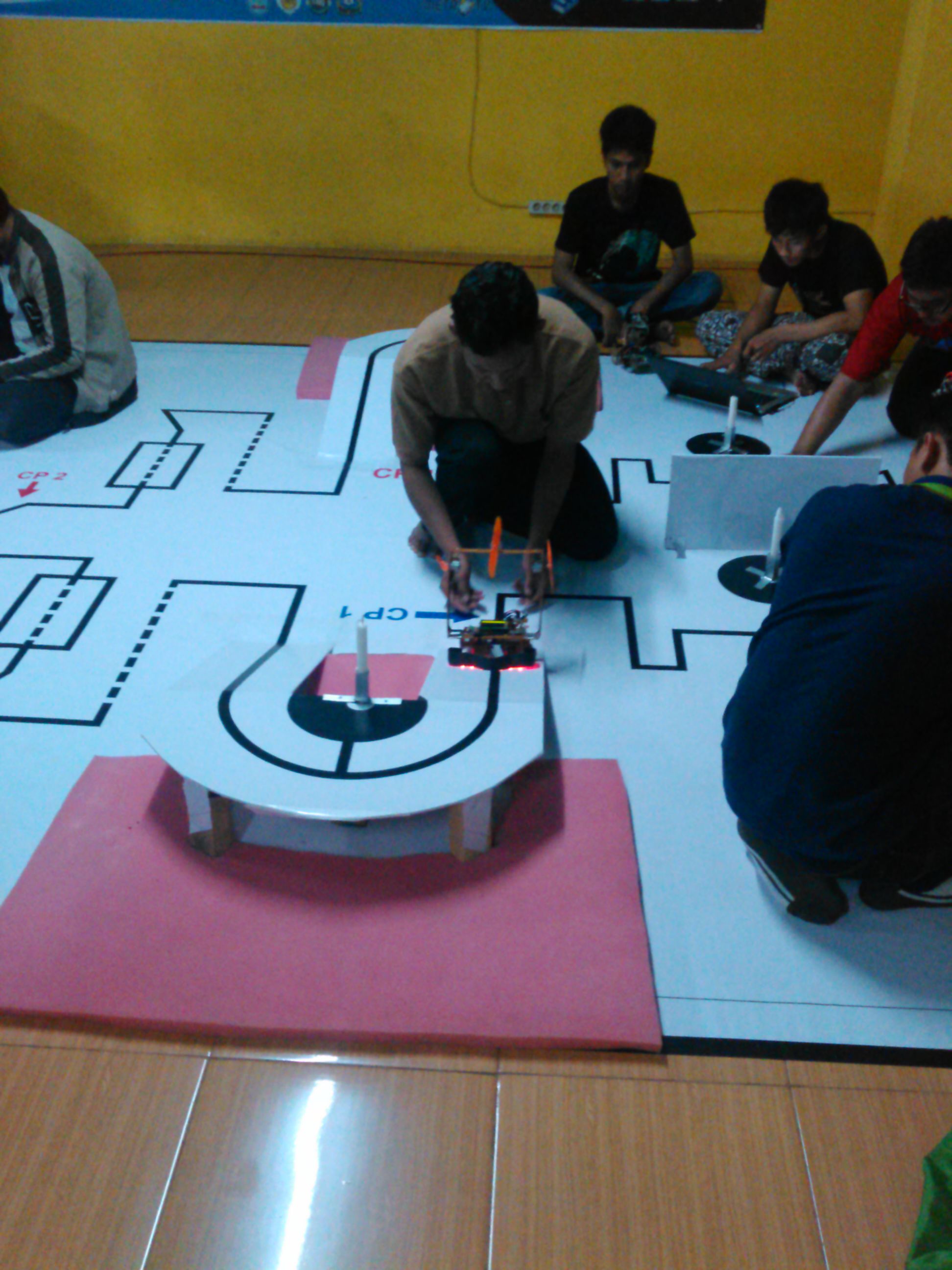 On December 3 – 5, 214, the respresentative of faculty of Information technology students, Yakin and Ahmad joined a national competition on robotic firefighter line follower which was held by STIMIK Handayani Makassar. There were approximately 50 robotic team united in APTIKOM Indonesia that joined this competition.

Although University of Kanjuruhan (UNIKAMA) team did not win the contest, the participants were grateful since they got useful experience by joining this activity such as increasing their robotic knowledge and build valuable networking between robotic community in Indonesia. Hopefully this activity can also be useful for other students. (Salwa & Fandi)

MoU between Faculty of Information Technology with Kapanlagi.com, a famous online company